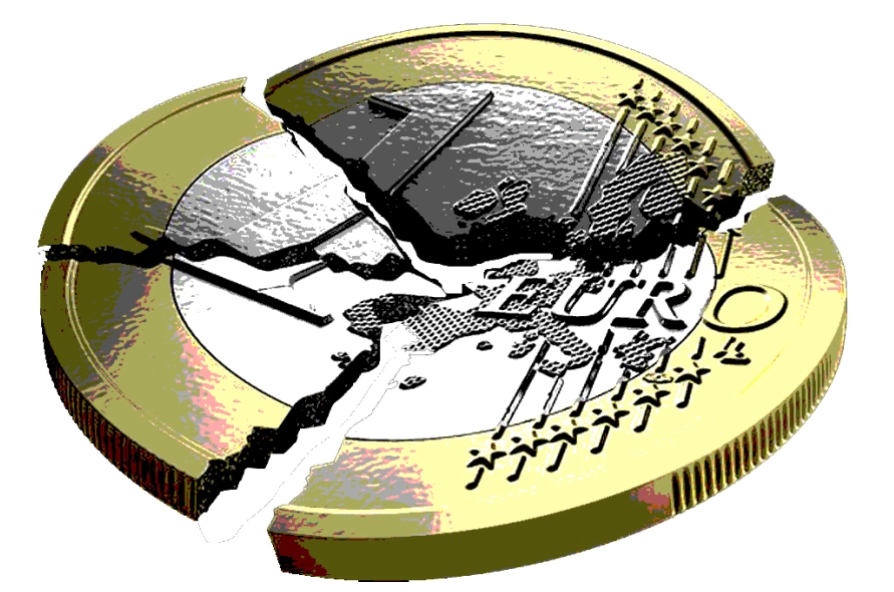 “Europe is more than just the Euro,” words of Professor Otmar Issing, the former Chief Economist of the European Central Bank, father of the Euro (€), and a speaker at the Warwick Economics Summit 2020.

The Euro is the official currency of the EU and any member states who adopt it become part of the Eurozone. Despite the fact that not all EU countries are constituents of the monetary union, the Euro is one of the leading currencies in the world, only second to the US dollar ($).

What is the issue?

Notwithstanding the strength of the currency on the world market, the Eurozone is in trouble. The currency union faces 11.1 percent unemployment, which amounts to a total of more than 18 million unemployed individuals across its member states.

Nevertheless, if the currency itself is not at fault then what seems to be the problem with the euro project? 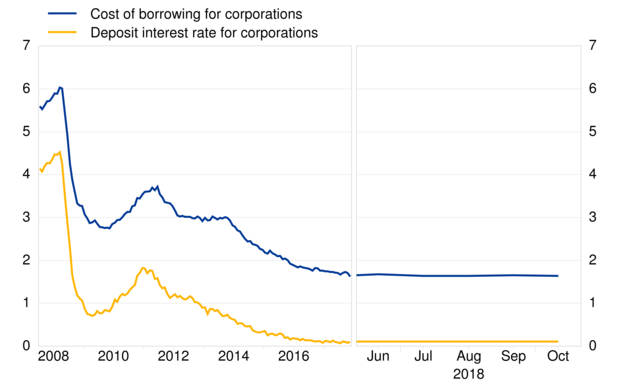 Interest rates in the Eurozone following the 2008 financial crisis

The 2008 financial crisis and its impact on the Eurozone

In order to answer this question, one has to go back in history to Europe’s economic situation based on which the European Central Bank (ECB) was implementing its monetary policy. After the financial crisis in 2008 extreme measures had to be taken by the ECB in order to stabilize the economy of its member states. Historically low-interest rates and quantitative easing were introduced. The low-interest rates encouraged commercial banks in the EU to borrow more money from the ECB as the amount they had to pay when paying back the loan was low.

For example, in 2007 marginal lending facilities (overnight loans) operated under a 5 percent interest rate, meaning that if a commercial bank borrowed €100 from the ECB, they would owe it €105 when the repayment was due. The current interest rate is 1/20th of the one in 2007 at 0.25 percent, so using the figures from the previous example, the bank would only owe the ECB 100.25€. Moreover, the European Central Bank increased the need for commercial banks to borrow from them by applying quantitative easing, which is the buying up of a specific amount of financial assets, therefore lowering their value and subsequently increasing the ECB’s money supply.

This created a ripple effect in commercial banks through the EU as they lowered their interest rates as a response to the actions of the ECB thus encouraging consumers to borrow and spend money further stimulating the effect and allowing economies to grow again.

This chart shows how much GDP has grown, or contracted, every year since the launch of the euro.

As can be seen on the graph above the measures taken by the ECB were mostly successful and many Eurozone members recovered from a contracting to an again expanding economy. Most notably Estonia, whose economy had a –15 percent GDP growth rate as a result of the financial crisis (lowest from the euro area) and was able to come back up to +3.3 percent within a year.

The past vs. the present

Nevertheless, the fact that this was a good strategy for a post-crisis Europe does not mean that low interest rates are still the answer. “The time has come to go to more normal multi policy measures” (Professor Issing). This is because means such as quantitative easing are extreme solutions to extreme problems used only when short term monetary policy stops working. Long term low interest rates entail many negative effects, the main one being that the excessive spending might trigger inflation and therefore reduce the overall purchasing power of consumers. This, in turn, means that fewer products are being bought, so less production is required and therefore workers are being laid off causing the aforementioned rise in unemployment. This is why Professor Issing, among many others, advocate for the ECB to update its monetary policy to suit the present.

Is this all that needs to be fixed?

There is a more fundamental issue behind a currency union. As can be seen in the previous graph, although most member states recovered after the financial crisis, for some the extreme monetary policies did not work. Greece fell into a government-debt crisis post 2008 and the EU is trying to get the country out of it since, with Germany famously giving two bailouts which amounted to 57.23 billion Euros in total. This shows the policies are not equally effective for all countries.

Too many cooks spoil the monetary union

This is one of the problems with the Eurozone as it is supposed to be a “one-size-fits-all” type of system. Nonetheless, with so many different nations coupled with complex economic markets without a centralised political union, it is getting increasingly more difficult to apply policies that are beneficial to all constituents.

They simply vary too much. This is pointed out by Professor Issing as he says that when his idea of a unified currency was first adopted the Eurozone, it only contained 11 members and was much more manageable. At the present moment, it has 19 member states and no exit strategy, thus facing a seemingly unsolvable issue. In order to operate in the best interest of all its members it would need to unify them under one sovereign state, similar to the way the US government operates while allowing a certain degree of freedom to all its states.

However, the euro area is not ready for this. European countries would not yet agree to merge so closely, leaving the monetary union with no option but to wait until, if ever,  a political union is possible. This means that even if the ECB would apply better-suited policies, they would only be short term solutions as the underlying problem would remain unsolved.

In the words of Professor Issing, “Fiscal union without political union would be a very dangerous way to go”. Therefore, the Eurozone should focus on encouraging convergence between member states rather than putting out fires as they arise.

Fancy hearing more? Be sure to attend this year’s Warwick Economics Summit! Tickets go on sale after Christmas!