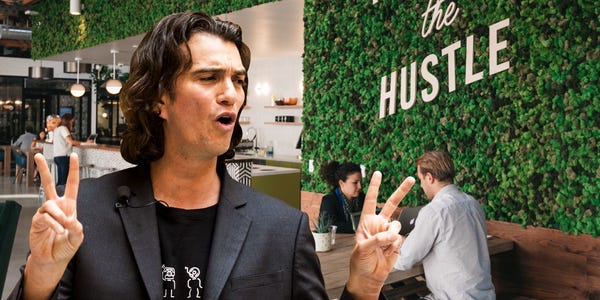 In what may be a reckoning for the tech world, Wall St has started to run from companies funded by the Japanese conglomerate SoftBank.

The co-working real-estate startup WeWork has been in turmoil since filing its public-offering paperwork in August. On September 16th, WeWork announced it was delaying its IPO indefinitely, cutting its valuation from $47 billion to as low as $10 billion following frosty investor response and ousting CEO Adam Neumann.

WeWork’s plummeting valuation occurs as several of SoftBank’s other investments have faced troubled times; with stock of Uber and Slack falling by 30% and 40% respectively following their 2019 IPOs. These failings have ignited new frustration with SoftBank, whose name has become synonymous with the question: is Silicon Valley  in a financial bubble?

Because of SoftBank’s size, its success or failure is seen as a long-term bellwether for the health of the tech-world.

SoftBank’s daring bets made for a grand experiment over whether the conglomerate’s underlying thesis- that pumping mountains of cash towards unprofitable young tech companies and trusting in founders’ lofty visions- could generate revolutionary success.  To many, that question is now being answered with a resounding ‘no’.

One criticism of SoftBank’s approach is that their enormous investments exposed young companies to excessive risk  with little regard to building financially sustainable businesses with long-run pathways to profitability.

This critique is aggravated by the increasing phenomenon of “blitzscaling” within venture-capital. Under this approach, investing  unprecedented amounts of capital to a smaller-than-average number of late-stage companies is believed to enable hyper-rapid growth to generate winner-takes-all competitive advantage. When startups blitzscale, they will accept prolonged short-term operating losses in exchange for speed and the opportunity to scale globally.

Blitzscaling  was described by LinkedIn Co-Founder and Partner at Greylock Partners Reid Hoffman in his 2018 book: “Blitzscaling: The Lightning-Fast Path to Building Massively Valuable Companies’.

Hoffman argues that the growing quickly could be beneficial for start-ups for offensive and defensive reasons. Offensively, a company may need to achieve a certain size to generate value- due to economies of scale and network effects, where the more people who use a service, the better it gets. Defensively, blitzscaling enables startups to take the market by surprise, bypassing highly entrenched rivals and disrupting a whole industry before anyone can stop them. 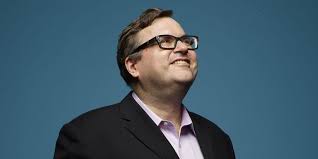 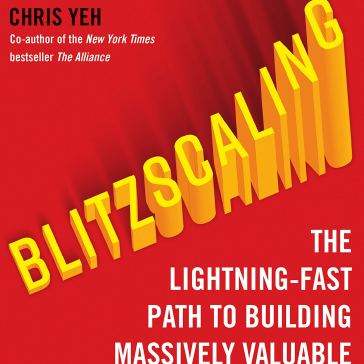 “When a market is up for grabs, the risk isn’t inefficiency – the risk is playing it too safe. If you win, efficiency isn’t that important; if you lose, efficiency is completely irrelevant.” (Reid Hoffman, 2018)

Perhaps the most notable example of blitzscaling was Amazon, which famously lost money for its first 17 straight-quarters as a public company to fuel aggressive investment in infrastructure and growth-scaling.

The trend towards bigger, fewer bets, has transformed allocation of capital in venture investments. According to TechCrunch, over the past two years VCs have closed two to three “hypergiant” funding rounds- worth more than $100 million- every business day- accounting for 56%  of total global VC investment worldwide. (In contrast, VCs closed just seven hypergiant funding rounds in the whole of 2014.) 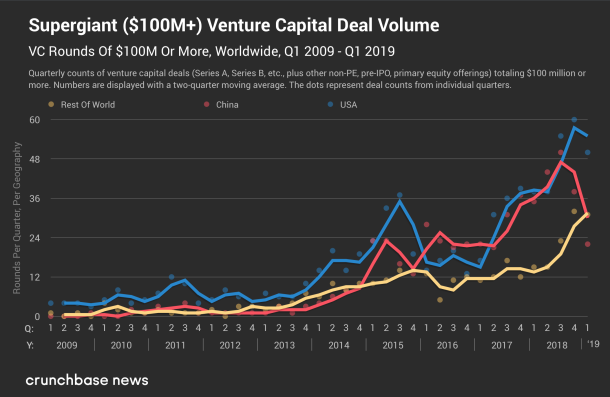 If Blitzscaling represents a dominant trend in VC investing, SoftBank’s Masayoshi Son is it’s centrepiece. SoftBank alone contributed to 11% of the total global value of VC investments in 2019. Whilst the median size of late-stage VC investments worldwide was $35 million, SoftBank led 18 late-stage funding rounds of $350 million or more. 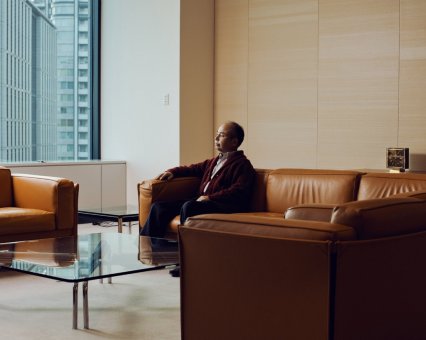 “In our industry, winner takes all,” Masayoshi Son, Chairman of SoftBank, said last March in Tokyo. “By probability, the No. 2 company’s [chance of] succeeding is very low.”

The idea that one VC can exploit capital alone- by investing billions in disruptive technology companies- to achieve a sustainable competitive advantage and monopoly pricing power over rival firms- is contradicted by marketplace reality.

In  the vast majority of categories in which SoftBank Group’s Vision Fund is invested in- including hotels, real-estate, and mobility,- the fund faces well-capitalised competition. Escalating losses across SoftBank’s portfolio have been amplified by SoftBank’s bewildering decision to back direct competitors in the same business category including ride-sharing companies Didi Chuxing (China) Grab (Indonesia) and  Uber Technologies (USA). Most importantly, none of SoftBank’s prized investments have been able to achieve anything close to monopoly pricing-power. 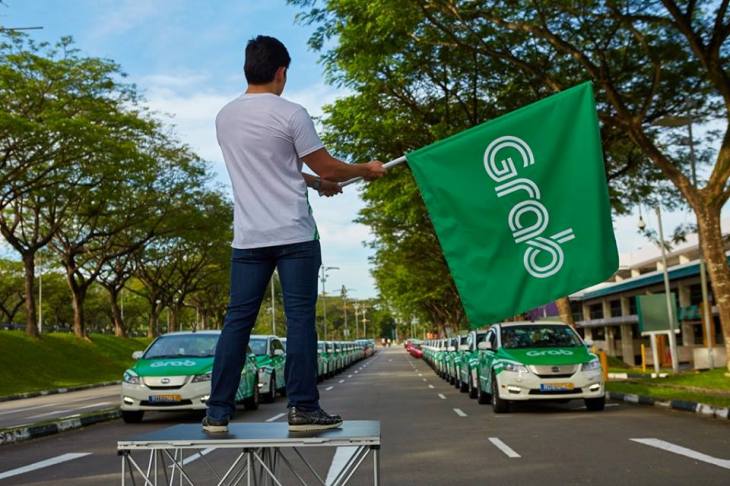 SoftBank’s philosophy also ignores the value of low-cost learning from stage-gated investing. VCs play a risky game with over 75% of startups failing (Fast Company) and only 0.5% monetizing an exist of a least $1 billion within a decade of initial funding. To manage risk, VCs typically co-fund startups in a multi-stage process of investment (Series A to F), where the size and focus of each round should reflect an evolving venture’s development needs at the time. These capital constraints encourage experimentation of startups’ underlying business model.

In contrast, SoftBank often decides unilaterally whether a venture is worthy of a massive infusion of capital. Hyper-giant investments placed too soon, on unproven business models could accelerate a startup’s race to oblivion through compounding profitless growth and ballooning losses. 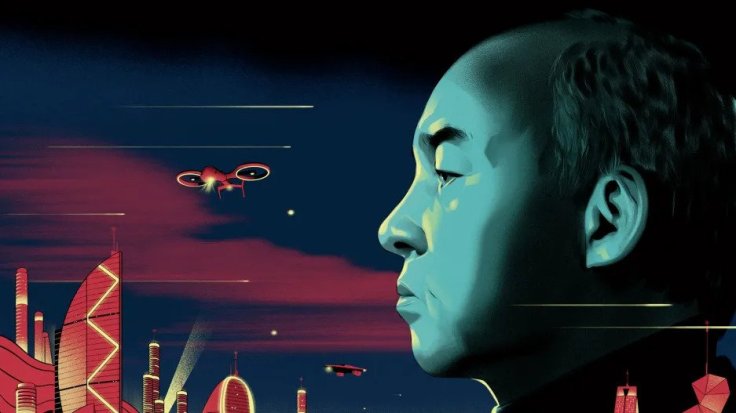 Mr. Son has outlined a 300-year plan to make SoftBank a leader in artificial intelligence, robotics and other advanced technologies (Reuters)

Undoubtedly, a blitzscale investment could potentially be a game-changer- but only if the recipient startup’s underlying business model satisfies the necessary conditions to benefit from explosive global growth.

Conversely, SoftBank has focused on highly capital-intensive, low-margin businesses facing high cash-burn rates like WeWork, covered by a limited patina of technology that fails to deliver a pathway to profitability.

The ‘Growth-at-all-Costs’ mandate adopted by SoftBank is harming startups’ longevity by undermining learning effects of a more measured growth cycle and amplifying unnecessary danger to nascent ventures. A return to business fundamentals is urgently needed- involving both a focus on the bottom-line and thinking critically about delivering high-quality products that consumers both want and will pay for.