“Wherever there is great property, there is great inequality,” echoed the words of Adam Smith, the father of modern economics. He could not have been more right at any other time than the present.

The world we live in is rift with inequality. On one side we have the prosperous district of Atherton, California, home to the ultra-rich. Picture mega-mansions lined nearly every block, home to the likes of Google’s Chairman Eric Shmidt or Charles Schwab, a brokerage magnate. Extravaganza supercars, private social clubs on top of 9-bedroom villas with their own wine cellars.

While on the other side, you have the city of Detroit. Home to the notorious 8th mile, where simply driving through the neighbourhood can put you in danger. Rather than streets lined with mansions you have partially burned down houses and abandoned factories. The unemployment rate here is more than twice that of the national average.

This is the very image of inequality that Elizabeth Warren, a front-runner to be the Democratic’s Presidential Candidate in the US, seeks to erase. Accompanied by thunderous sounds of applause, the Senator of Massachusetts asked a riveting question:

“Why does everyone on this stage think it is more important to protect billionaires than it is to invest in an entire generation of Americans?”. 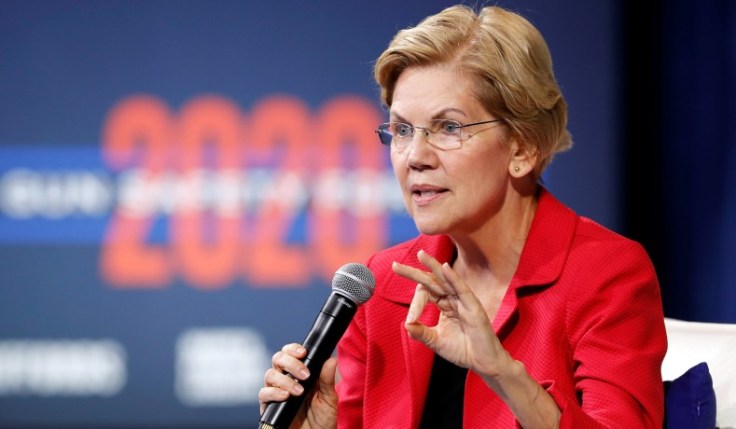 Senator Warren is one of the most outspoken critics against Billionaires, and was the first candidate to propose a wealth tax this year.

Senator Warren is right when saying that redirecting money from the rich to the poor in the form of a wealth tax can be an investment. Economic data shows that the poor have a higher marginal propensity to consume than the rich. This means that low-income earners spend additional wealth faster than high-income earners.

On the other hand, if a person working full time (40hrs/week) at minimum wage ($7.25/hrs) in the US receives $1000 more each month, this would equate to a rise in income of 86 percent. This person would be able to increase consumption by buying previously unattainable goods and services. Thus, if some of the wealth from the ultra-rich could be redistributed to the poor, money that would otherwise have been kept out of circulation, would be injected into the economy and contribute to raising the overall standard of living.

However, is it true that shielding billionaires are synonymous with jeopardizing the good of the rest of society? The Bill and Melinda Gates Foundation would speak against that.

The Gates’ have donated more than $36 billion to various charitable causes; from fighting Malaria to providing financial support to students of colour. Moreover, they have created the “Giving Pledge” program “which encourages billionaires to donate at least half of their wealth to charitable causes during their lifetime or in their will.” This means that, not only has the couple helped make the world a better place, but they are also encouraging other uber-wealthy individuals to do the same.

Then what seems to be the problem? Why did Elizabeth Warren, Bernie Sanders, and Tom Stayer, to name a few, advocate for higher taxes on billionaires?

Sanders’ wealth tax proposal has ambitious plans to eradicate billionaires from the economy, which he claims will result in a higher investment back into the working class.

Money is power, and with great power comes great responsibility. This means that, when individuals are trusted with an amount of money as enormous as $1bn or more, they are alongside trusted with power to change people’s lives. They can choose to fund space research and create thousands of jobs like Elon Musk. However, they can also choose otherwise and force the rest of society to rely on the goodwill of an individual.

This is contradictory to the idea of equal opportunity. This is why redirecting part of that power into the hands of the government via a wealth tax will result in a fairer society, as the poor and unemployed will not have to depend on the sympathy of the rich. They will have their opportunities provided to them by a legal system which is designed to handle power responsibly and in a way that is in the best interest of the people living under it.

Therefore, although the existence of billionaires is a fact that is not likely to change in the near future, this does not mean that we cannot work on creating a world that is generous to all rather than to the luckiest few. In the words of billionaire Eli Broad,

“I simply believe it’s time for those of us with great wealth to commit to reducing income inequality, starting with the demand to be taxed at a higher rate than everyone else.”