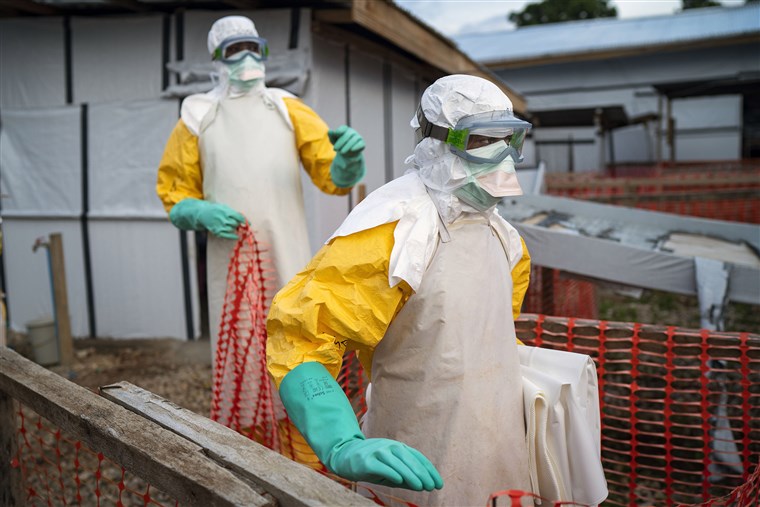 On the 17th of July, the World Health Organisation (WHO) announced that the ongoing Ebola outbreak in the Democratic Republic of Congo (DRC) had been classified a Public Health Emergency of International Concern (PHEIC), in a statement many considered long overdue. The declaration was intended to raise global awareness on the second-worst Ebola outbreak in history among world governments and to energise a coordinated international response to contain the spread of the highly fatal disease. The current DRC outbreak, which surfaced in August 2018, infected more than 2500 people in the DRC with 1650 confirmed deaths. The declaration highlights growing worldwide concerns about aid agencies’ inability to bring the Ebola virus under control whilst operating in conflict-ravaged regions of north-eastern DRC, 11 months after the initial outbreak. 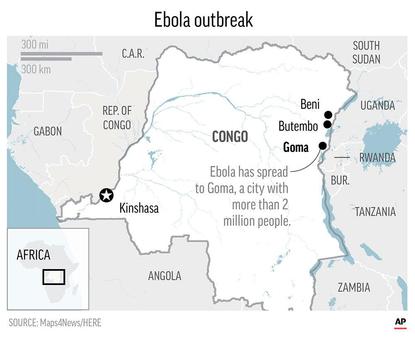 Fears of an international spread of Ebola triggered the declaration, hastened by the 14 July diagnosis of the vicious virus in the city of Goma, a large internationally connected hub-city on the border with Rwanda. Reports of two Ebola fatalities by the government of neighbouring Uganda last month intensified worries. While experts confirm that a truly international surge is unlikely, these facts highlight that concerted efforts by the WHO to contain the geographic spread of the outbreak are failing.

Amplifying risks of Ebola spreading are ongoing safety risks to health workers combating outbreaks in the eastern DRC regions of Ituri and North Kivu. Since January, the WHO has recorded 198 militia attacks on health workers and facilities in the DRC, killing seven. Community-based militia groups such as the Mai-Mai in North Kivu have launched disruptive targeted attacks to Ebola response centres and the homes of medical workers (two workers were murdered in their homes last month).

The provinces along the Congo’s eastern borders are politically unstable, magnifying militia attacks which feature bouts of sectarian-violence and large refugee populations emerging from the 1994 Rwandan Genocide. Deep community-distrust of foreign health-authorities among local populations remains high, with significant public-doubt over the incentives of foreign aid. A Lancet study last year found that one in four respondents believed Ebola does not exist, while others believing the vaccine to be dangerous and accusing authorities of fabricating the Ebola outbreak for political gains. 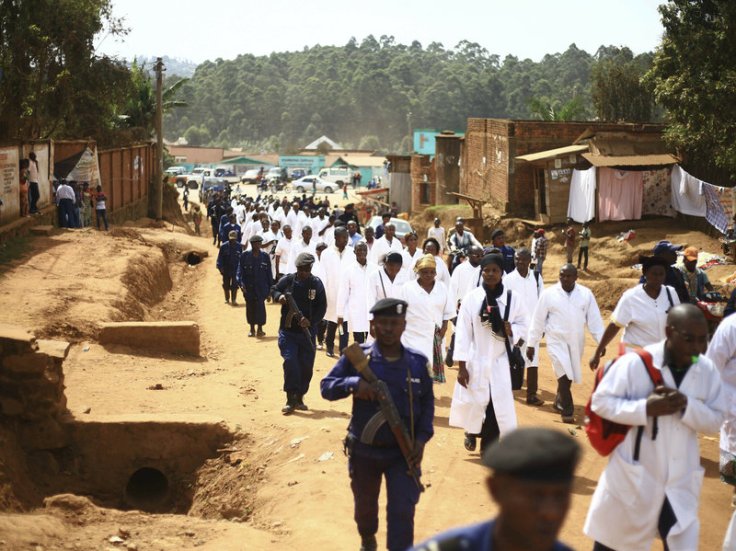 Violence against health-workers hinders Ebola containment efforts as essential response-activities are suspended indefinitely following attacks, giving time for the virus to spread further into the community. Controlling Ebola is an involved process whereby health workers need to identify all infected people and their contacts, deploy vaccines, and convince people to forgo deeply-held burial practices which may put them in touch with virus-ridden bodily fluids of deceased relatives. Routine containment strategies are limited in regions plagued by armed conflict and low confidence in healthcare workers.

The heart of any potential solution to the DRC Ebola epidemic must be to improve community-relations with health workers. These will be critical to ensure strategies such as safe burials, the rapid identification of potential infections and their contacts, and an effective public vaccination schedule can be safely administered. The WHO regional director Dr Matshidiso Modeti strongly advocates for this model, spending time with Butembo’s political, religious, and business leaders last week to promote collaboration between the public and private sector to solve the outbreak. 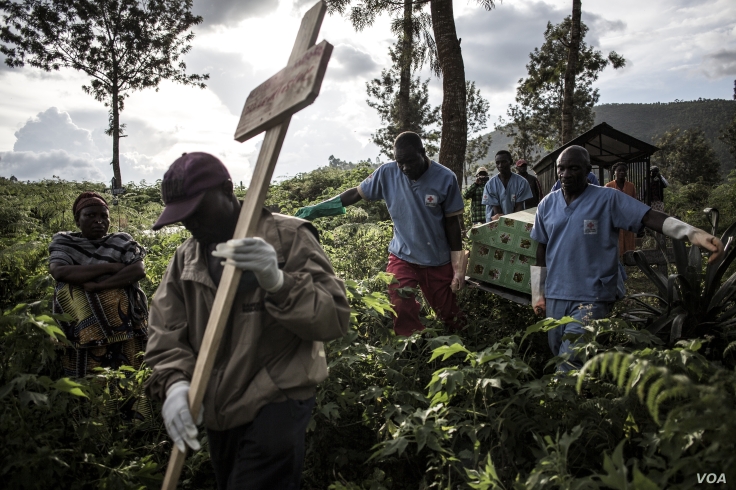 An Ebola victim is laid to rest in a cemetery in Beni, in the Democratic Republic of the Congo (VOA)

Moreover, a large-scale reform of the existing vaccination-strategy must be urgently achieved. Existing efforts to contain Ebola have relied upon a ring vaccination system, which involves tracing the contacts of infected and health workers. The experimental vaccine produced by Merck, an American pharmaceutical company, has been highly successful at treating the most at-risk individuals with a 93% protection rate. However, due to ongoing mistrust of foreign aid workers, around 10% of infected contacts have not been traced.

One solution would be a mass-vaccination campaign aimed to protect communities outside the main outbreak zone. This would entail deploying millions of vaccines whereas existing supplies of the Merck vaccine, which has already been given to 161, 000 people, are running slim.  The rollout of a second experimental vaccine (developed by Johnson & Johnson) has been advocated to generate the necessary vaccine coverage. A two-tiered vaccination strategy is key to conquer the unique health challenges posed by the DRC Ebola emergency.

The Ebola strategy requires greater international technical involvement and financial support. In June, the WHO announced its funding to fight the outbreak fell $54 million short of required efforts. Urgent financing is needed to support MONUSCO, the UN peacekeeping mission in DRC, which facilitates the work of healthcare-workers tasked with tracing potential Ebola patients in conflict-prone areas in order to protect their safety. A dramatic scale-up of investigative teams to isolate, treat, and trace every new case of Ebola, regardless of geographic location, is critical to contain the epidemic amidst the ongoing threat to neighbouring countries.

Ultimately, a substantial investment must be placed on root-causes of the outbreak in North Kivu, including community-disenfranchisement with elected leadership, economic instability and poor healthcare-infrastructure. Otherwise, all efforts will be short-lived and another disastrous outbreak is certain.

As Dr Moeti stated: “Some would have Ebola drive us apart. We can only defeat it if we all work together.”