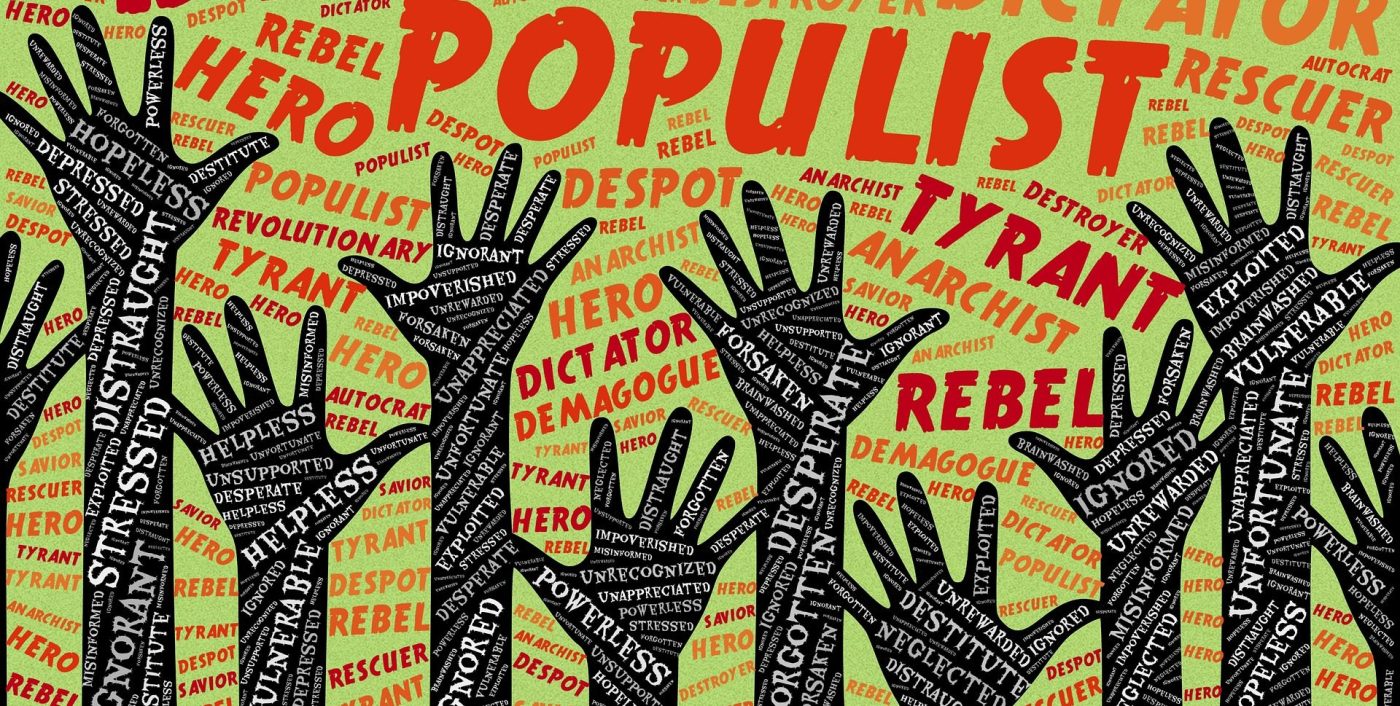 In recent years, the rapid-emergence of parties associated with Populism on the Right and Left of the political spectrum has been a growing trend, represented by a number of shock election-outcomes in countries including Brazil, India, the Philippines, and the UK. WES has the chance to interview Prof. Chris Anderson, a Research Associate at the Centre of Comparative Advantage in the Global Economy and Director of the PPE program at the University of Warwick, about the underlying causes of Populism and his views on the future of reactionary outcomes.

We began the interview by discussing a recent research paper co-authored by Professor Anderson titled: ‘Crisis of Confidence? The Dynamics of Economic Opinions during the Great Recession”. In the paper, Prof. Anderson discussed how real economic variables and political structures of nations affected the perception of crises leading to different voting behaviour. In Prof. Anderson’s analysis of the extent of influence economic outcomes had on the recent surge towards populism, we asked this question: were the populist outcomes a direct consequence of the Global Recession or instead symptomatic of a permanent move away from established policy?

Prof. Anderson discussed how long-term historical developments in Europe had affected modern-day viewpoints about the EU

Prof. Anderson stated that the influence of economic variables on voter preferences was important, yet nevertheless stressed proving a direct relationship was complex. In particular, he stressed that whilst common wisdom suggests the economy has an impact on how voters decide which governments to choose and who to vote for, the precise relationship was hard to pin down. “There is an economic reality out there that voters see, and that they have to analyse when framing choices,” Prof Anderson explained, “Yet it is not exactly obvious what aspect of the economy voters concentrate on.” He drew a contrast between an individual’s personal circumstances such as being laid-off, versus large-scale effects of how the economy is doing overall to highlight the divergent factors that can interlock in political decision-making.

Prof. Anderson further cited his views on the influence of the Global Recession on electoral outcomes. “The crisis was unexpected to voters and was perceived as a shock causing declining confidence in the economy,” he said, highlighting that his research had shown that voters had responded rationally by voting out poorly-performing parties and responding positively to governments who performed better during the Great Recession. Hence the public reacted to information in an informed and predictable manner so as to maximise the chances of economic-recovery from the crisis and to safeguard their personal livelihoods.

To continue the discussion, we probed Prof. Anderson on whether he believed the surge in support for reactionary and populist policies was a consequence of deeper issues such as disenfranchisement with democratic governance and disillusionment with capitalism altogether. Prof. Anderson remained neutral on this front, citing the insufficient number of elections to make that long-term conclusion. He made it clear that populism was not a new occurrence but instead something which had cropped up many times prior to this; hence, this rise in support could merely be temporary. Prof Anderson elaborated: “Are (populist policies) a symptom of the disease or are they the disease itself? In my mind, it is a little too early to tell.”

Prof. Anderson’s viewpoints stand in marked contrast to that of David Brooks, a columnist at the New York Times, who in a recent op-ed piece argued that the US Democratic and Republican parties have undergone a seismic split across age and educational-lines with the rise of alt-right and left-leaning progressive wings.

One prominent populist policy outcome was the 2016 EU Referendum, which is often restricted strictly by analysing short-term factors. In a recent paper, Prof. Anderson had discussed the historical development of perceptions of European Citizens about the EU; thus, we decided to ask Prof. Anderson about how historical events influenced the outcome of Brexit. He remarked that he believed the outcome of the Referendum was not a surprise. “Continental and Southern Europeans have always had quite a popular opinion of the idea of Europe whereas the UK Public has always been much more sceptical,” Prof. Anderson remarked, further emphasising his belief that (the Referendum) had been a surprising political strategy given the prominent public divide over Europe in Britain.

Moving on from this discussion to more recent matters, we asked Prof. Anderson his thoughts about the May 2019 European Parliament (EP) Election. He drew an important historical trend by highlighting that the European Parliament elections are not viewed as ‘real elections’ in the eyes of the electorate, and voters typically tend to pass judgement on their domestic government rather than what happens at the European level. “In the past, the elections have been characterised as a Protest Vote against what is happening domestically, hence we should expect to see more populism in the May elections,” he explained.

Prof. Anderson’s analysis was particularly relevant to the 2019 EP elections

Contributing to this discussion is the fact that the EP elections use a  proportional representation (PR) system, hence smaller parties have a greater chance of winning power. Prof. Anderson emphasised that the PR system enables Populism to thrive in the European system.

Throughout the interview, we gained a much deeper insight into the rise of Populism in Europe and the wider world, especially in the context of how both modern economic outcomes, as well as long-term historical trends, had contributed to the phenomenon. We thank Prof. Anderson for granting us the interview as a tool for further debate.