Below is a transcript of the full text from the video message given by Don Johnston – Canadian lawyer and former Secretary-General of the Organisation for Economic Co-operation and Development (OECD) from 1996 to 2006. Johnston spoke at Day 3 of the 19th Warwick Economics Summit (2020), at the University of Warwick.

Two years ago, I wrote a book entitled “Missing the Tide: Global Governments in Retreat”. David Ignatius, a well-known journalist with The Washington Post, wrote a blurb for the cover, which began: “Read it and weep.” Why did he write that? I will tell you.

END_OF_DOCUMENT_TOKEN_TO_BE_REPLACED

A cup of coffee… nothing special. Upon first glance, it seems just like a regular beverage. Yet it is so much more than that. Some call it the elixir of life, others liquid gold or an essential part of every morning. However, there are people for whom it has far greater value, as it is their sole source of income.

Coffee is a commodity, which means that its price can change rapidly depending on its availability and the demand for it. However, despite the increasing demand for the good, its value has experienced a general trend downwards over the last decade. 2019 marked a low in prices not seen in the last 13,5 years with 93 cents per pound of coffee. END_OF_DOCUMENT_TOKEN_TO_BE_REPLACED

With Valentine’s Day less than a month away, many couples may be thinking of tying the knot to mark this romantic occasion. Whilst times are changing rapidly, countless people around the world regard marriage as the definitive symbol of happiness.

Throughout the years, the institution of marriage has changed vastly in the Western world: from the 1950s, when marriage was founded on traditional gender roles to form a union based on practicality, to now, when it is largely seen as an equal partnership with love and respect.

In 2019 the Office of National Statistics announced there has been a gradual long-term decline in the number of marriages of opposite-sex couples since 1972. In 2016 (the latest data set available), there were 249,793 marriages in England and Wales, which is 1.7% more than in 2015, but 1.0% fewer than in 2014.  END_OF_DOCUMENT_TOKEN_TO_BE_REPLACED 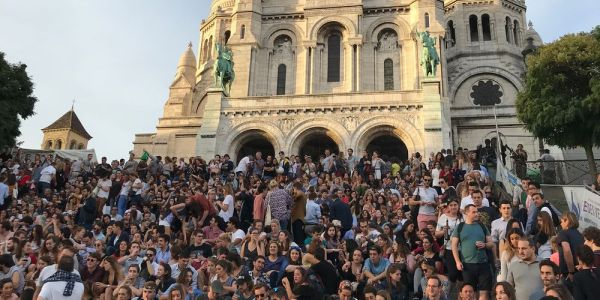 ‘Travel makes one modest, you can see what a tiny place you occupy in the world.’ These words from Gustave Flaubert, the renowned French novelist, encapsulate the wonder and awe of travel. Though, during his lifetime, the opportunity to explore distant lands was reserved for a small, wealthy elite. Twenty years after his death, the turn of the 20th century ushered in advances in aviation, which increased the convenience of travelling to exotic places. Fast forward to this century, and tourist numbers have skyrocketed. According to the United Nations World Tourism Organisation (UNWTO), there were 70 million international tourist arrivals in 1960. In 2018, this figure rose to 1.4 billion.

END_OF_DOCUMENT_TOKEN_TO_BE_REPLACED

Woman. It is one simple word. A word that everyone knows. A word that describes roughly 50% of the world population. The Oxford English Dictionary defines a woman as:

Although there is undeniable evidence of the immense amount of progress that has been made towards the emancipation of women, as 2015 marked the year when the last country that denied women the right to vote* – Saudi Arabia, finally passed a law that gives its entire adult population a voice in the election process, it is not all roses. END_OF_DOCUMENT_TOKEN_TO_BE_REPLACED

2020 has started with a bang. Oil prices have had a turbulent week since the US launched an airstrike in Baghdad, killing Iranian general Qassem Soleimani. With escalating geopolitical tensions between the US and Iran, and factoring in the importance of the Middle East to global oil supply, it’s unsurprising that the price of the commodity jumped to as much as $70 a barrel on Monday 6 January for the first time in 4 months. Investors feared the airstrike that killed Iran’s top military commander might trigger retaliation and disrupt global energy supplies, inciting a crude oil stockpile.  END_OF_DOCUMENT_TOKEN_TO_BE_REPLACED

“We deserve a safe future. And we demand a safe future. Is that really too much to ask?”. The words of the 16 year old climate change activist and The Times’ person of the year 2019, Greta Thunberg, ring true all the way into the new decade. And the answer seems straightforward: no, it is not too much to ask.

In the 1990’s scientists determined a definite link between humanity’s considerable greenhouse gas emissions and the disproportionate heating of the planet. Thus, this year marks three decades of awareness of the world-wide issue. However, according to the National Oceanic and Atmospheric Administration (NOAA), rather than getting better, the problem is only getting worse. END_OF_DOCUMENT_TOKEN_TO_BE_REPLACED

Criminals from across the globe have long exploited the lucrative business of kidnapping. Estimated to extract $0.5bn to $1.5bn from their victims each year, it is no wonder the appetite for it among criminal gangs is growing.

END_OF_DOCUMENT_TOKEN_TO_BE_REPLACED

On Wednesday, December 18th, the US House of Representatives voted to impeach President Donald Trump– making him only the third president in history to be formally charged with committing high crimes and misdemeanours and to face removal by the US Senate.

Mr Trump was sentenced to two articles of impeachment in total for violating his “constitutional oath faithfully to execute the office of President of the United States”.

The first, abuse of power, centred on accusations that Mr Trump had overstepped executive authority by illegally soliciting electoral assistance from the Ukrainian President Volodymyr Zelensky. Mr Trump had asked the foreign leader to launch investigations into Democratic Presidential front-runner Joe Biden’s son Hunter, who had previously served on the board of private Ukrainian natural gas company, Burisma. Mr Trump had pressured the Ukrainian government to complete this investigation by withholding valuable U.S. government actions including $391 million of military aid already approved by Congress.  The second article, Obstruction of Congress, surrounded Mr Trump directing his White House to defy lawful subpoenas throughout the Impeachment enquiry.

END_OF_DOCUMENT_TOKEN_TO_BE_REPLACED 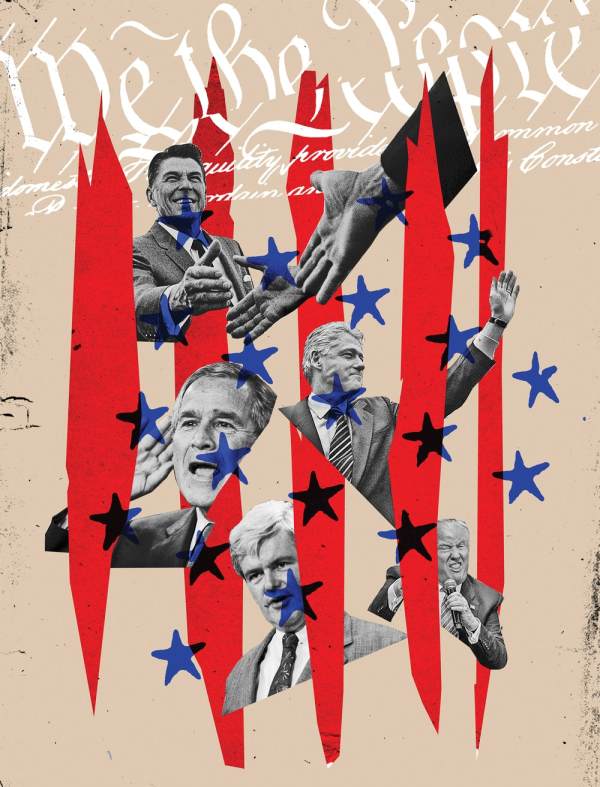 Is Democracy Dying in the West?

These were no doubt the thoughts echoed by many on viewing the results of the House of Representatives vote on Impeachment against President Trump. Faced with repeated constitutional violations, the Republican party was largely silent. Although both bills were able to pass the House, (230 vs 197 and 229 to 198 respectively),  support was distinctly split down party lines- not a single member of the Republican party voted in favour of impeachment.